On November 17 2020, Apple launched three new ARM-powered computers, which is the first step in moving away from Intel CPUs to their own CPU design. The Apple M1 Silicon processor. Initially Apple will release three new machines, the MacBook Air, MacBook Pro 13″ and the Mac mini which all feature the newly designated M1 chip. The M1 is a system-on-a-chip (SoC) design that integrates an eight-core CPU, GPU and a 16-core Neural Engine, optimised for machine learning (ML) processes.

M1 also features our unified memory architecture, or UMA. M1 unifies its high‑bandwidth, low‑latency memory into a single pool within a custom package. As a result, all of the technologies in the SoC can access the same data without copying it between multiple pools of memory. This dramatically improves performance and power efficiency. Video apps are snappier. Games are richer and more detailed. Image processing is lightning fast. And your entire system is more responsive.

What does the Apple M1 mean for music producers and video editors?

Firstly, the Apple claims the new Macs with the M1 CPU will have 50% less power consumption. So, a faster processer which uses less power? With up to 20 hours of battery life!

Secondly, the M1’s 8‑core CPU handles complex workflows and heavy workloads, with up to 2.8x faster processing performance than the previous generation. This should give plugins and music apps like Logic Pro a good amount of boost.

If you go for the MacBook Pro M1, rather than the MacBook Air, you also get the Touch Bar. For a long time the Touch Bar felt like obselete technology. A hasty new tech thrown in by Apple to justify a higher price and give “extra value” to the customers!?

I recently discovered a free app which actually turns the touch bar into a really useful tool. Read more about the best free app for mac touch bar here.

The new Macs also include an improved three-way mic. But as a professional music producer you are probably working with external audio interfaces and condenser mics. Below is an overview of the specs of the latest M1 powered MacBooks. Yes, we can now run iOS apps on the Mac!

Note that Logic dropped the X from the title, and the new version is now Logic Pro.

Logic Pro 10.6 also has native support for the Novation Launchpads with tight integration. The Logic Remote iOS app has also been updated to support some new features like Live Loops and Remix effects.

I got the brand new Apple Mac Book Pro 13″ M1 – 8GB RAM, 512GB SSD just a few days after its launch. It’s time to put the new Apple Silicon M1 to test with some real life Logic Pro 10.6 projects to see how the new processor performs.

What first strike me is the fast boot of Logic Pro. The DAW starts in a heartbeat. The user interface of Logic never felt so snappy and smooth. I still got a MacBook Pro 15″ (2016 – Intel CPU) with the extra GFX card, 16GB RAM to compare with. And the new MacBook Pro with the Apple Silicon M1 processor is much snappier when switching between views and zooming in Logic.

Alchemy is one of the more demanding plugins, especially its GUI. On the new MacBook Pro 2020 with Apple Silicon M1 CPU the user interface is snappy. Switching between the pages and turning knobs is a smooth experience.

I also noticed the CPU hit is much lower when adding new Alchemy instruments, than on my previous MacBook Pro 15″ (Intel processor).

In conclusion, we can already see a huge performance boost in Logic Pro caused by the new Apple M1 architecture.

If you want to use a lot of non-ARM64 compatible plugins you can launch Logic Pro via Rosetta. Just right-click the Logic Pro icon in the applications folder and select “Open using Rosetta”, this will force Logic to launch in intel compatible mode.

I did notice a slight performance drop when using Logic Pro via Rosetta translation.

Even if you are running Logic Pro in “Apple”-mode (ARM64), you can still add non-ARM64 AU plugins, but those plugins will launch in a “intel” wrapper service (see image below).

I hope third-party plugin developers will have a swift transition compiling their plugins for the new ARM-64 architecture.

You can check which architecture version of Logic Pro you have running by looking in the activity monitor. Look for the “Architecture” tab. If an app/service is running ARM64 the architecture will read “Apple”, if it’s the older intel, it will read “intel”.

What DAWs are compatible with Apple Silicon?

While not all DAWs currently support Apple Silicon M1, some of them still work good via the Rosetta 2 translation app.

My initial tests was a bit shaky when running FL Studio 20 on the latest MacBook Pro with Apple M1 Cpu. An intel based mac gave me around 18% CPU usage, while M1 was struggling at 35% with occasional hickups on demanding plugins.

BUT, as you can see in the video below (FL Studio Part 2 Apple Silicon M1 Compatibility – Update Part 2) Image-Line was fast to update FL Studio to make it run smoothly on the Apple M1. Bear in mind that FL is still an x86 application. We will see even more power boost once the native arm64 build of FL Studio is released. I hope it’s soon!

What third-party plugins are compatible with Apple Silicon M1 CPU?

I did some research to see what plugins and applications supporting the new Apple Silicon M1 ARM64 architecture . At the moment the support is not that good. Aside from Logic Pro 10.6 there are only a few additional plugins that support the M1 CPU.

At the moment, Native Instruments products are not supported on computers with Apple Silicon processors.

I did try installing the official version of Native Access which gave me this feedback (see image).‘

Native Instruments is one of the major players when it comes to plugins and instruments, and NI is working on support for Big Sur and the new Apple Silicon processor.

You can find out more about the compatibility of Native Instruments products with macOS Big Sur here.

All Spectrasonics plugins; Omnisphere 2, Trilian and Stylus RMX appear to be working fine within Rosetta 2 DAWs.

Native Apple Silicon development for Omnisphere, Keyscape, Trilian and Stylus RMX is in progress and going well. Spectrasonics are expecting to release these native “ARM” versions via a free update in early 2021.

Neither Rosetta complains about running our Intel Plug-Ins on Apple Silicon, nor do we experience issues with our natively compiled plug-ins.

The Plugin Alliance plugins are ready for Big Sur 10.0.1 update, but not yet fully compatible with M1, see post.

What Audio Interfaces are compatible with Apple Silicon M1?

macOS Big Sur will include Rosetta 2, which will automatically translate Intel apps to run on the new Apple Macs. It’s designed to support complex apps and their plugins, but there was no mention if that referred to DAWs like Pro Tools or Studio One. Rosetta 2 will do the translation upon installation. However, when necessary Rosetta 2 will also be able to translate code on the fly when using Just In Time and JAVA code. In a publicly available document, About the Rosetta Translation Environment, Apple explains more about how Rosetta 2 will translate executables, and what Rosetta 2 can’t translate.

Supposedly, this means modern audio application and plugins, which rely on advanced optimisations will, at best, run on a less optimised path. For pro-audio apps, this could be a performance bottleneck. This might lead to unexpected bahaviour and crashes. So we may see ‘Rosetta 2 compatibility’ updates before the native Apple Silicon ports arrive.

The specs of the first Apple M1 CPU MacBooks

The first models of the Apple M1 equipped Macs, the; Macbook Air 13″, MacBook Pro 13″ and MacMini currently maxes out at 8GB RAM. So for music producers working with large orchestral libraries should look elsewhere. On the other hand, if you are working with light arrangements the memory should suffice.

Using tons of VST / AU plugins, as long as they are written to support the ARM64 architecture, works like a charm. If a plugin is not ready for Apple Silicon M1, the plugin will launch via Rosetta 2 translation and suffer performance issues.

The new display screen of the MacBook Pro 13″ M1 comes with 500 nits of brilliance, P3 wide color and True Tone color which should satisfy the most demanding video editor professional and graphics designer. The screen is very bright with natural colors.

Will My Software Work On The New Apple Macs?

The website ISAPPLESILICONREADY has a really good summary and search of many apps compatibility status with Apple Silicon M1.

As mentioned above, Logic Pro 10.6 is already fully compatible with the new Apple M1 macs. But if you are working with other DAWs like Studio One, FL Studio, Bitwig Studio you should hold off until they officially support macOS Big Sur and the Apple M1 CPU. Non-compatible apps in x86 will not be as performant as native arm64 built apps.

YES, if you are working solely with Logic Pro DAW I can highly recommend the upgrade to Apple Silicon as I’ve never seen Logic fly so fast on a MacBook before. It’s a big difference.

And…NO, if you are working in any other DAW, OR, you want to use any third party plugins.

I advice you to hold onto your current Mac and maybe take another look in maybe 6-8 months. Apple Silicon is a brand new technology and architecture and it will take time before we see a more wide spread support in third party plugins and apps.

When we get more news regarding Apple Silicon M1 I will update this article.
Hope you enjoy the content. Thanks for your time! 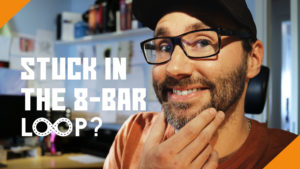 Stuck in the 8-bar loop? How to finish songs faster!

Are you stuck in the 8-bar loop? Finishing music is an art in Itself. Everyone can write a chorus drop.…Or let me re-phrase that: Everyone 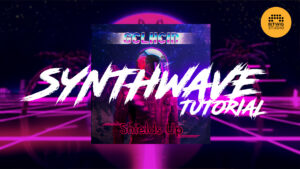 In this Synthwave tutorial video I take you through the production process of making the track “Shields Up” released in 2018. Ever wanted to travel 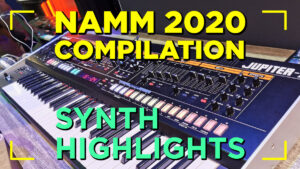 New Synthesizers, Midi Controllers, Modular Synth, Software, and more After 24 hours of flight from Sweden to LA, I came to grab the Synth Highlights

Snow Moto Racing was released on 2017-04-11 in the Playstation store. I was hired to write some heavy music for this action packed snow racer

Get in touch
Receive the latest news

We use cookies to ensure that we give you the best experience on our website. If you continue to use this site we will assume that you are happy with it.AcceptPrivacy policy