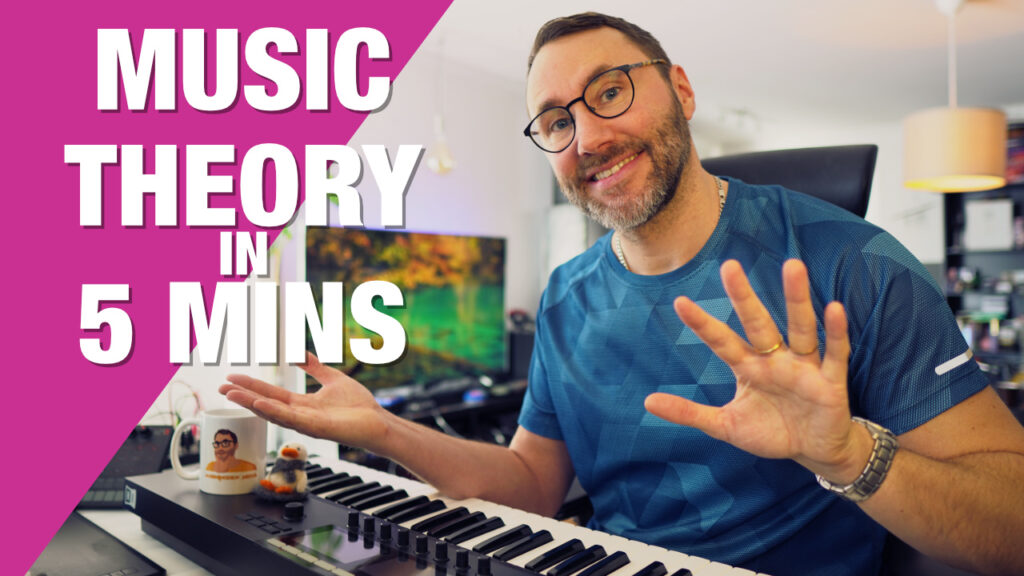 In Learn Music Theory in 5 minutes I will help you with a basic understanding in music theory. Today we will talk about how to build and play chords, or triad chords.

If this class is too basic for you, skip this one and read some of my more advanced articles. We all need to begin somewhere!

Learning basic music theory is essential for nurturing creativity and developing musicality. Knowing how music works will make the music production process easier and help you become an effective music producer. Music theory is a challenging but rewarding set of skills to learn.

Is learning music theory really required? No. However, you can benefit from learning at least a basic set of music theory.

Note: Musical theory is not a set of rules or guidelines you must follow. It’s a tool to help you understand and explain how music works.

How to build & play chords on the piano?

Chords happen when you play three or more notes at the same time. Chords is what brings harmony into your music.
It’s the background which the melodies rest upon. I think it’s crucial you learn how to build chords of all sorts to get a good foundation in your music theory backpack.

What is a triad chord?

The most basic chord is the triad-chord. A triad chord is built with three notes.

How to build a chord

You build a chord off of a single note, the “root” note.

You often see these triad note values numbered as 1, 3, 5.

In a major / minor triad chords you skip the second, and also the fourth note.

The most common triad chords are the major- and minor chords.

A major triad consists of root, major third, and a perfect fifth.
If we create a major triad chord from the root note C. We get C, E, G.

A minor triad has the root, minor third and a perfect fifth.
If we want to create a minor triad chord from the root C. We get C, Eb, G.

You can also remember the steps between the notes to learn the major and minor chords.
In conclusion, a major chord is 4 + 3 steps. Respectively the minor chord is 3 + 4 steps.

Now practise creating and playing major and minor chords across the keyboard.

In addition to the major and minor triad you also have the suspended triad. It comes in two variations suspended fourth and suspended second.

That’s it for learn music theory in 5 minutes! If you enjoyed this article and video please check out my other articles!

Thanks for the read! 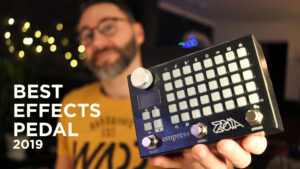 The best multi effects pedal 2019 is the Zoia! I’ve gone through a whole bunch of pedals through the years and the past weeks I’ve 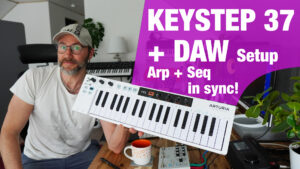 How to setup Arturia Keystep 37 with DAW sync 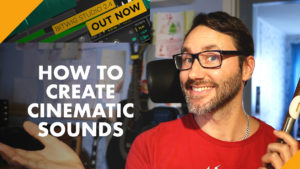 How to create cinematic sounds in Bitwig Studio

Learn all about the updated Sampler of Bitwig Studio 2.4. How to create cinematic sounds in Bitwig Studio? We show you how to do organic sound 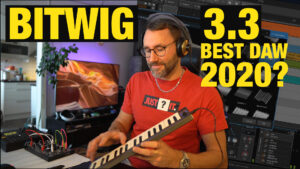 I just downloaded the brand new Bitwig 3.3 Beta and it’s some really exciting new additions in there like a new synth device, Polymer, with 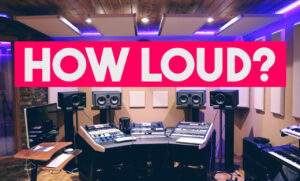 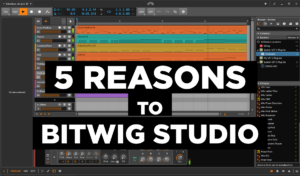 These are my 5 reasons to work in Bitwig Studio as my main DAW. In this article I will explain the key features which made