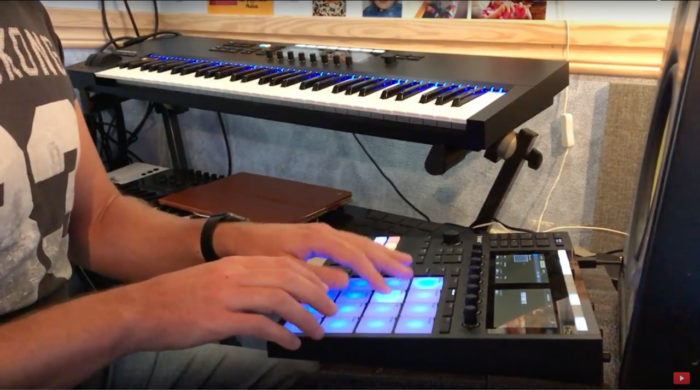 Just arrived back from Cyprus after a week of sunny vacation. The swedish summer was not that good this year so I needed to take a quick break in the sun with the family. It was a blast!

At the moment I am finishing the third animation film for Norra Skogsskolan called “I skogen växer välfärden”. I am also working with multiple game companies on music and sound for some new games. They will probably be officially announced sometime in 2018.

I had the pleasure to work with the film company AJP again from (South Korea) and finished the score for a new shortfilm called FENDER.

I got the new Maschine Mk3 from Native Instruments and have had tons of fun with it and I see many potential creative sound design possibilities for future projects. So it is now a defined part of my creative setup. Recorded a quick video while jamming out a chillout vibe song that I produced called Marsiascope.

Last weekend me and my brother Nicklas had a game jam session and worked on a new game project we have been talking about for months. You can watch some character concepts and small animation clips on my twitter account.